Fermanagh’s abundant water facilitated early settlement, and late stone-age hunter-gatherers lived on fish, fruits and nuts and small animals. Later settlers, about 6,000 years ago, brought farming skills, clearing forests and rearing animals. They erected stone tombs – passage graves and dolmens – and Fermanagh has many examples of the remains of these. During the later Bronze and Iron Ages, incoming settlers interacted with those already there, imparting metal-working and trading skills and leaving evidence of their weapons, tools and personal effects. In the Iron Age, Celtic peoples and culture became dominant, with cattle-rearing, tribal structures, epic tales, ornamental artwork and the first written language, Ogham, recorded on standing stones. Their hill-forts still dot the drumlin belt of Fermanagh, while in the lakes are crannogs, fortified, often manmade, islands where families found shelter from animals and human rivals. Fermanagh is rich in early Christian relics, the round towers and high crosses of Devenish Island continuing the earlier tradition of carved heads on Boa Island. 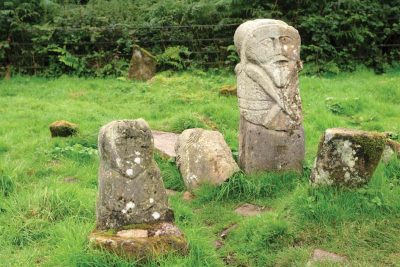 Viking raiders penetrated Lough Erne in the ninth century and are reported to attacked monasteries on and along the lake, including Devenish, in 837, and returning at times over the next century or so. 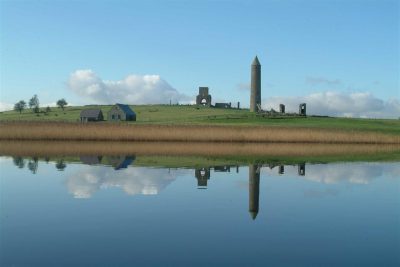 Also during these centuries, various Ulster families or dynasties were competing for dominance, and Fermanagh was often the proving ground for two of these. To the north-east, the territory now comprising Derry, Tyrone and Armagh was the land of the Cineal Eoghain (a fusion of O’Neill and MacLochlain dynasties), while to the north and west, in what is now Donegal, the Cineal Connaill were dominant. A bewildering succession of battles, alliances and broken promises culminated in 1208 with the defeat of the O’Donnells by the O hEignigh (Heaneys), so marking the rise of the Fermanagh kings. Soon after, the arrival in Belleek of Normans in search of land necessitated a combination of O hEignigh and O’Neill to drive them out in 1212. A similar fate was dished out to the Normans by the O’Donnells forty years later.  Being quite far from the east coast, Fermanagh wasn’t much touched by the Norman influence. In the fourteenth century, the Maguires rose to power in the area, defeating the O’Connors and allying with the O’Neills.  Tomas Mór Maguire, and later his son Tomas Óg, presided over the pinnacle of the clan’s power in the first half of the fifteenth century, though later a section of the family threw in their lot with O’Donnell. 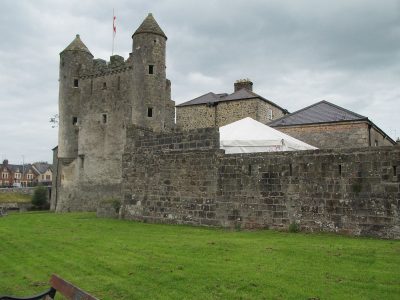 The family’s influence on religious and secular life was strong up to the end of the sixteenth century, when internecine quarrels and increasing English influence, set against the backdrop of O’Neill and O’Donnell’s campaign against the crown, resulted in the demise of Maguire power.  Fermanagh was subsequently escheated to the English crown and large areas planted with Scots and English settlers. 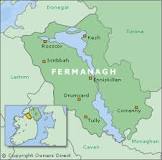