Limerick Genealogy provides a professional research service for those wishing to learn about their ancestry in Limerick city and county. The service holds a collection of approximately three million records, including a database of over one million transcripts, which was compiled over the last thirty years. 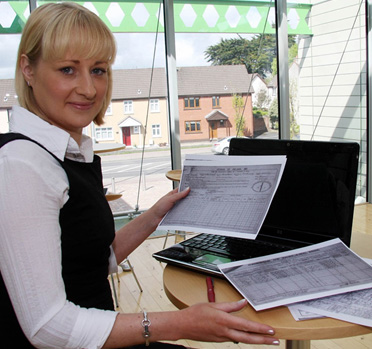 Limerick Genealogy is run by Catriona Crowe who is a graduate of History and Archaeology from University College Dublin. After this Catriona continued her interest in Ireland’s history and heritage through studies in Heritage Management and Local History while continuing to work within the field. Catriona began working in genealogy in 2001 with the former research service Limerick Ancestry. With its closure in 2004, Catriona set about establishing a new service and Limerick Genealogy began operating as a self-sustaining organisation in 2006.

Aoife Ryan was born and has lived most of her life in Limerick; her professional background is in law, administration and human resources. Though initially a recreational genealogist, Aoife studied History of the Family and Genealogical Methods in the University of Limerick and began working with Limerick Genealogy in early 2013, where she has received in-depth training specific to genealogy in Limerick.

Since 2006, Limerick Genealogy has helped many thousands of people in Ireland, the United States, Canada, Australia, New Zealand, the United Kingdom and elsewhere around the world to trace their Limerick roots.

Some comments from clients:-

“Without the help of Limerick Genealogy it would have taken me years to find this information. The professional report I received was astounding…… In actuality it was truly priceless.” Margaret McGrath, Ohio, USA.

“Limerick Genealogy’s research exceeded my expectations! I felt that Catriona couldn’t have put more into it if she had been researching her own family history.” Hilary Macaulay, Birmingham, U.K.

Based in Dooradoyle, Limerick Genealogy specialises in 19th and early 20th century family history research, but has access to records dating as far back as the 1600s. Limerick Genealogy provides a unique and comprehensive research service with a Limerick-based knowledge and expertise. We offer a number of research options from single record searches to comprehensive family history reports. We are also available for advice and one-to-one consultations.