A Brief History of Limerick

Archaeology offers the earliest human evidence in Limerick with Stone Age tombs at Duntryleague (3500BC) and stone circles at Lough Gur (3000BC). The Celts arrived circa 400BC setting up kingdoms known as tuatha; in County Limerick these were Uí Fidhgeinte, Corca Oíche, Corca Muichead, An Déis Bheag, Eoghanacht Áine and Uí Cuanach. The ruling families took the surnames O’Donovan, Collins, Clerihan, Mackessy, Mac Eniry, Lambe, Kirby and O’Linehan. With the arrival of Christianity in the fifth century, monasteries were established at Ardpatrick, Mungret and Killeedy and other small churches throughout the county.

Limerick city was established by the Vikings on an island on the River Shannon in 922AD.  Following the death of Donal Mór O’Brien, King of Munster, in 1194, the Anglo Normans took control of Limerick, and in 1210, County Limerick was officially established for administrative purposes. The Anglo Norman settlers became Gaelicised and included families like the Fitzgeralds, Burkes, de Lacys and Fitzgibbons. Over four hundred castles were built in Limerick, more than in any other county in Ireland. In the sixteenth century, Limerick’s Anglo Norman families revolted against English colonisation in the Desmond Rebellions resulting in the confiscation of the Geraldine estates by the English monarch. 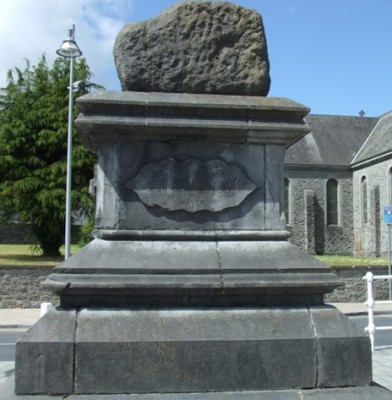 In the seventeenth century, Limerick was a city of sieges resulting in the confiscation of further lands. The Irish Rebellion of 1641 resulted in the siege of Limerick city in 1642. In 1651, the city was invaded by Cromwell’s army, led by Henry Ireton.  Two sieges of Limerick took place during the Williamite War in 1690 and 1691 ending in the signing of the historical Treaty of Limerick whose terms were subsequently dishonoured.

As a result of the penal laws, the Catholic majority of the eighteenth and nineteenth centuries lived in poverty under oppressive British rule. There was an economic expansion in Limerick city during the Georgian period with the development of Newtown Pery. In rural Limerick unrest led to the organisation of secret societies such as the Whiteboys. Those found guilty of crimes could be transported as convicts by the British government to Australia from 1788.

From the 1830s, Limerick experienced substantial emigration to Australia, some government or landlord assisted, some paid. Large scale emigration to the United States of America and Canada commenced in the 1840s. The Great Famine, which caused the death of approximately one million people in Ireland, was less severe in Limerick, and resulted in more emigration than deaths. West county Limerick and Limerick city faired worst in the Famine as the farmland was of a good quality in East Limerick. The population of County Limerick dropped by twenty-one per cent during the 1840s and continued to decline until 1900 as a result of continued emigration.

Limerick played its part in Ireland’s fight for freedom in the early 20th century. Limerick-born Edward Daly and Con Colbert were shot in Kilmainham Gaol for their involvement in the 1916 Easter Rising. During the War of Independence conflicts took place at Ballylanders, Kilmallock, Knocklong, Glenacurrane, Grange and Dromkeen. 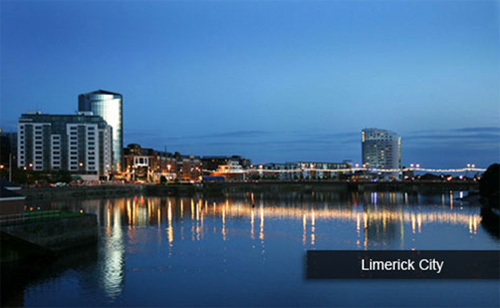 Today Limerick is a thriving city and county, proud of achievements in business, sport and culture.