Situated close to Mallow town, the castle is a National Monument since 1928. The old castle, now in ruins, dates back to the sixteenth century and was built by Sir Thomas Norreys. A new mansion was built on the site of the stables of the old castle. In 1984 Commander Maurice Jephson sold the castle and mansion to the McGinn family of Washington D.C. The McGinn family lived there until 2011, when it was bought by Cork County Council. Several events are held in the castle grounds including the annual Racing Home for Easter Festival in conjunction with Mallow Race Meeting, Halloween events and the Christmas Family, Food and Craft Fair. 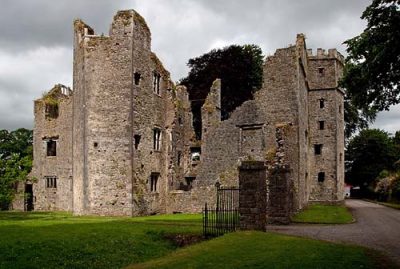 Cobh, formerly known as Queenstown, was the main departure port for emigrants leaving Ireland during the nineteenth century. Many people emigrated to the United States, Canada and Australia from Cobh. The RMS Titanic liner departed from Cobh/Queenstown on 11 April 1912 on her maiden voyage to New York. Queenstown was the last port of call. 123 passengers embarked at Cobh. The Titanic ship sank on 15 April 1912 when the ship struck an iceberg in the Atlantic Ocean. Over 1,500 people lost their lives. Fr. Francis Browne S.J., born in Cork in 1880 was a passenger on the RMS Titanic from Southhampton to Queenstown. His best-known photographs were taken of passengers and crew of the ship. 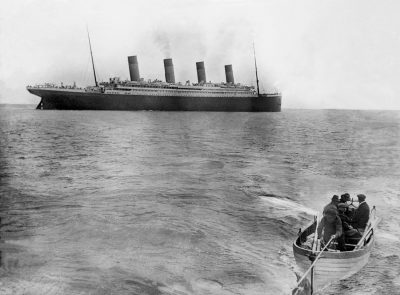 The final photograph of the Titanic, taken by Fr Browne as it left Queenstown (Cobh)

The Ancestral home of Hennessy Cognac is Ballymacmoy House, Killavullen, Co. Cork which is situated 10km from Mallow town. It is still owned and inhabited by Hennessy descendants.

Situated in Blarney, County Cork, the castle is a medieval structure. The current keep was built by Cormac Laidir MacCarthy of Muskerry and dates from the 1400s. During the Williamite War in the 1690s, the castle was captured and lands, including the castle, were confiscated. 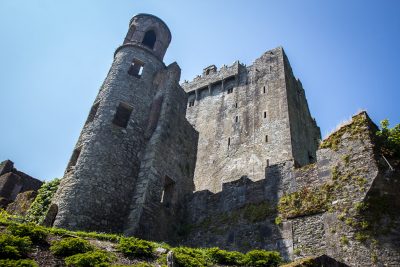