The list below includes some internationally ‘well-known’ people with Sligo ancestry or connections.

William Bourke Cockran (1854–1923) was an Irish-American politician and a leading orator of the late 19th and early 20th century.

Mary O’Hara (born 12 May 1935) is an Irish soprano and harpist from County Sligo. She gained attention on both sides of the Atlantic in the late 1950s and early 1960s. Her recordings of that period influenced a generation of Irish female singers.

Michael Coleman (1891–1945) was a virtuoso Irish fiddler from County Sligo, and a major exponent of the Sligo fiddle style. Even after his death, Coleman’s influence on traditional fiddle playing is substantial.

Patrick J. “Paddy” Killoran (1903–1965) was an Irish traditional fiddle player, bandleader and recording artist. He is regarded, as one of the finest exponents of the south Sligo fiddle style in the “golden age” of the ethnic recording industry of the 1920s and 1930s.

William Butler Yeats (13 June 1865–28 January 1939) was an Irish poet, dramatist, prose writer and one of the foremost figures of 20th-century literature. Though not born in Sligo, it was here where he was inspired to incredible heights of literary inspiration. 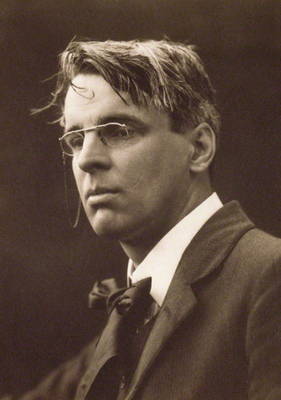 Eugene Lambert (1928–2010) was an Irish puppeteer and actor from County Sligo. He was owner of the Lambert Puppet Theatre in Monkstown, County Dublin and was noted for co-starring as O’Brien in the RTÉ television series Wanderly Wagon.

Mark Feehily, Shane Filan, and Kian Egan from the popular boy band, Westlife, were all born in County Sligo.