The region is associated with the ancient kingdom of the Uí Dúnlainge based around the Liffey Plain and latterly with the Gaelic clans or septs of the O’Byrnes and O’Tooles. Uí Failighe, which was ruled by the O’Connor Faly, stretched from Offaly and Laois into County Kildare and is remembered in two of the Norman Baronies of East Ophaley and West Ophaley.

The county’s proximity to Dublin and the eastern coastline made it a land of settlement and conquest. Because of the constant movement of people and the settlement and re-settlement of the county, it was largely anglicised by the seventeenth century. It is a country rich in history and heritage providing a wide variety of surnames of different ethnic origins, and while it retained classic Irish surnames it also absorbed non-Irish families such as Bermingham, Wall (La Valle) and even Daungier.

Originally carved up by Norman lords into thirteen baronies, the county was eventually controlled by Fitzgeralds, who became in time, Lords and Barons of Offaly, Earls of Kildare and Dukes of Leinster, and the virtual rulers of Ireland up to the sixteenth century. Other Anglo-Norman families that settled in the county becoming major landholders were the  Kerdiff’s, de Burgh’s, Eustaces, Wellesleys etc. The earlier Gaelic clans were forced to migrate eastwards into the barren and impregnable Wicklow mountains, though their impact in terms of local surnames is apparent to the present day. 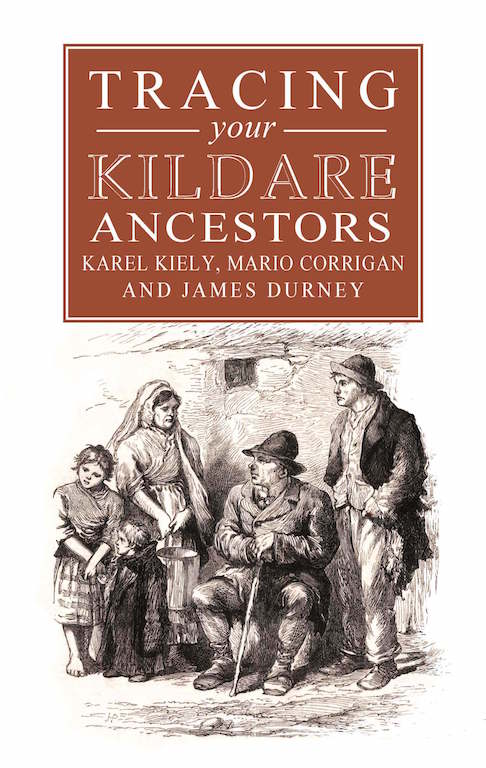